Posted by Wedding Sparklers Outlet on 9/12/2018 to Weddings

That time of year is just around the corner...fall, with its back to school parties, Halloween parties, birthdays, Thanksgiving, and then eventually Christmas, and of course New Year's Eve. The list just seems to keep growing each year to include friendly get-togethers, company parties, and more. The big question, is how are you going to kick your parties up a notch and make them more memorable than last year's events? Why not consider adding a selection of silver and gold metallic confetti cannons to the event?

Confetti Cannons Are the Answer 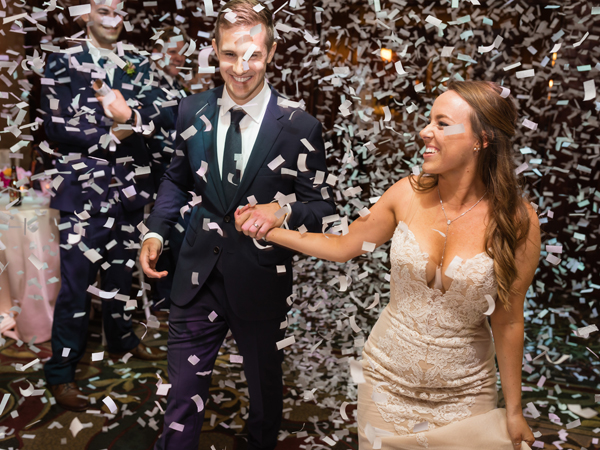 A party is just a party until you make sure everyone has confetti cannons in their hand. Then when the word goes out, and everyone pulls the trigger, the sky fills with party confetti that covers everyone. Sounds good so far, right? But, what kind of parties can be celebrated in this manner? Any party is made better with confetti - birthdays, wedding receptions, anniversaries, holiday parties, graduation parties...you name it!

Keep in mind that that confetti cannons we sell at the Wedding Sparklers Outlet are safe for both indoor and outdoor use. This makes the list of great places to shower everyone in party confetti even longer. Here is a short list of great parties at which you can use our silver and gold cannons to kick them up a notch.

Opening a New Company Office – What better way to open a new office than with a party with a shower of silver and gold confetti? Whether you hand everyone attending confetti cannons to go crazy with, or give them to a select few people to surprise everyone else with a shower of party confetti, the results are sure to be the same: a lot of cheering, laughter, and joy.

An Anniversary Celebration – For this type of party, you want to secretly give each of the guests one of our silver or gold confetti cannons (silver would be perfect for a “silver anniversary,” the 25th, and gold for the “golden anniversary”, the 50th anniversary!). Then when you give the signal, everyone fires off their cannon, giving the couple celebrating their anniversary a shower of silver and or gold confetti. This is sure to delight everyone at the party and make the guests of honor feel great on their very special day.

A Super Bowl Party – The next time you throw a Super Bowl party, try giving your guests a choice of silver confetti cannons for one team and gold for the other. Then when one team or the other scores a touchdown, whoever is rooting for that team can fire off a cannon.

These are just a small sampling of the many parties at which silver and gold confetti cannons can take your run-of-the-mill party, kick it up a notch, and bam! You have a party that your friends, family, and coworkers are sure to remember for a very long time to come.