Fireflies are No Competition for Our 36 Inch Sparklers

Summertime in many parts of the country has long meant time for the fireflies (or as they’re called in some parts of the country, lightning bugs) to come out. How many of you remember catching fireflies as a kid and putting them in a jar, only to have them stop making their light and die? Not much fun when this happened, was it? Well, the fireflies still come out every summer, but rather than injure or kill innocent insects, we have a much better option: the 36 inch sparklers available at the Wedding Sparklers Outlet. 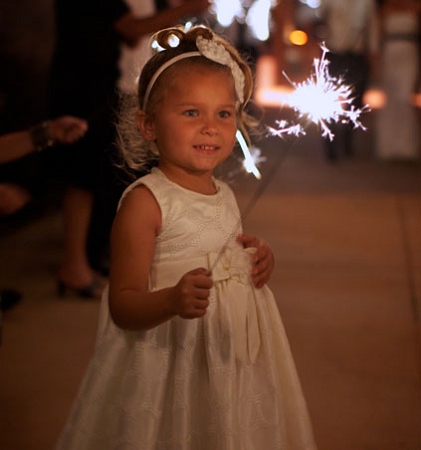 There are many advantages to these extra-long sparklers that easily put them in the winner's circle. Fireflies only flash, they do not remain illuminated for long periods of time. While it might seem otherwise if you see a lot of them flying together, the simple fact is they flash as a way of communication and as part of their mating ritual. They are not capable of producing sustained illumination.

On the other hand, our 36 inch sparklers can burn continuously for up to three and a half minutes. When everyone has one of our extra-long sparklers in their hands, the entire yard can be bathed in a golden glow of light and sparkles.

Fireflies are bioluminescent, producing their light through a chemical reaction using their body's natural supply of luciferase to create their light. This chemical is used in the food industry and in many other forms of scientific and forensic testing. Fireflies are the only natural source of this chemical, leading to significant harvesting of these insects that has caused a considerable decline in their numbers.

While a synthetic version is now available, many still continue harvesting fireflies, which could lead to their extinction. This also explains why, in so many areas where they once proliferated, now most of us only see a few of them each year. When the lightning bugs fail to show up for your summer evenings outside around the campfire with the kids, our extra-long sparklers are the perfect replacement.

Imagine the joy on your kids' faces when you light up the yard with 36 inch sparklers. They burn long enough to write things in the air, make pretty patterns, and light up the party. While they might be a bit big to handle for younger kids, tweens should be able to handle them and have fun as long there is a responsible adult present.

For the younger ones, we also carry 10-inch sparklers that burn for just under a minute. They are short enough for smaller hands to hold and, under parental supervision, can be a lot more fun than trying to find a firefly to chase around and catch. If you are ready to take your evenings outdoors to a new level, skip the fireflies, and order a supply of 36 inch sparklersonline from Wedding Sparklers Outlet.